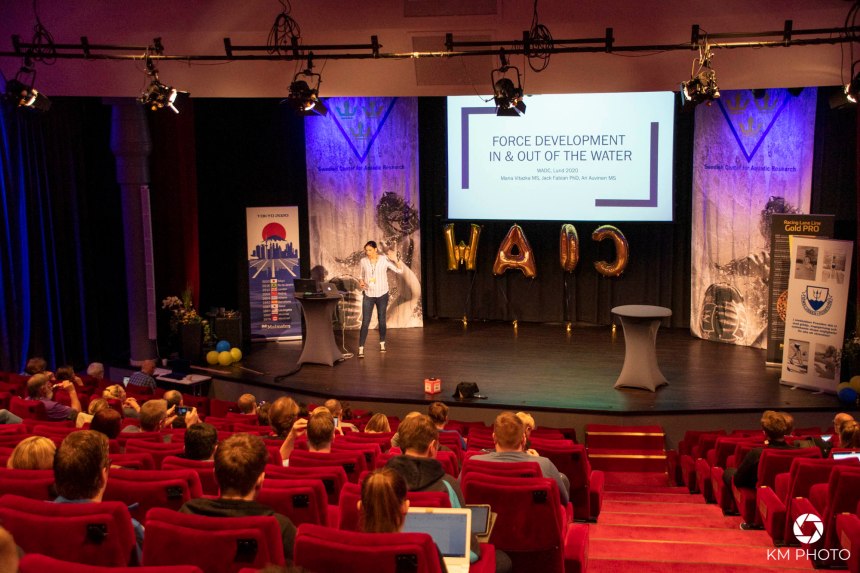 Curiosity and a drive to find out more about how swimming can be more efficient, how swim technique can be improved and how to train smart is what drives me in my daily work as a coach. Throughout the years I have been involved in different projects with stroke analysis such as video analysis, and more recently with force measurements in the water.

Together with Jack Fabian (PhD and Coach), Rob Sleamaker (CEO of Vasa Inc) and Ari Auvinen (Chairman of Trainesense), I set out to get some insights into this question. In December Jack and I tested a few swimmers’ force development on land on the Vasa SwimErg and then their force development of each stroke in the water with the SmartPaddles from Trainesense. 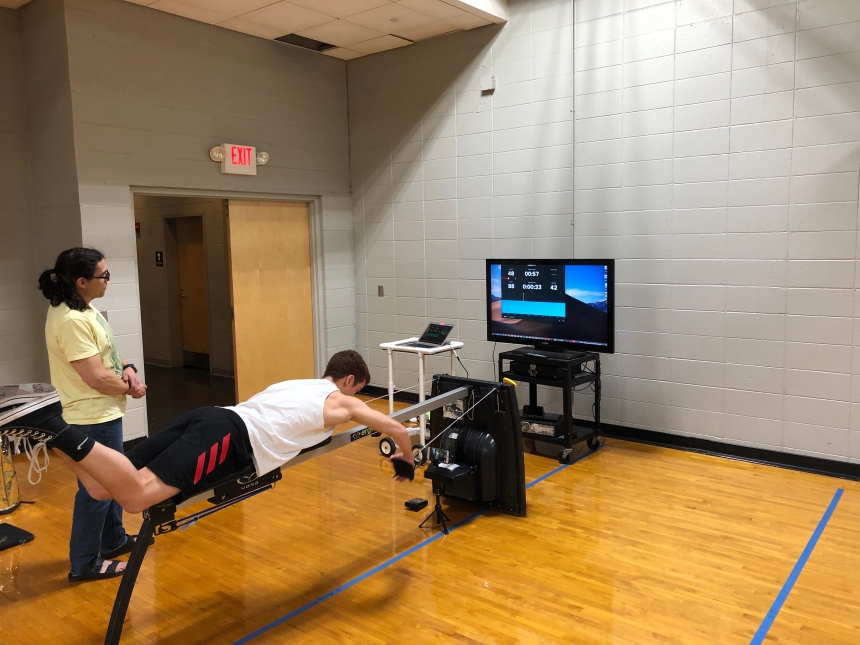 The questions we had were:
1) Is there a correlation between being able to generate a lot of force or power on land, and the ability to produce force or power in the water?

2) Does higher force development correlate to faster swimming velocity? If yes, then the swimmer that can generate the most force on land (in a similar motion as swim stroke) should be able to generate the fasters swim velocity.

3) Will improving power on land automatically mean an improvement in the water? 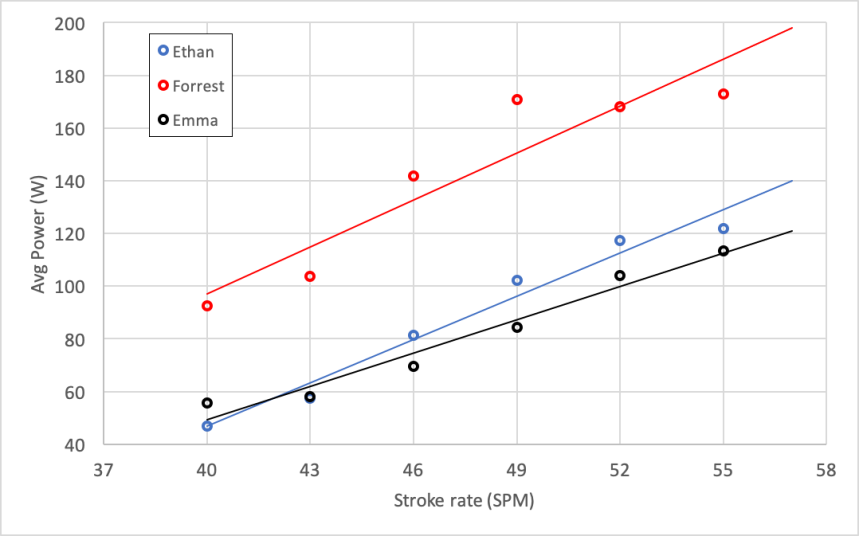 Insights from the tests:
1) Yes, for the swimmers tested there was a linear relationship for the relative change in force and relative change in power that indicate that there is a correlation between the ability to develop force on land and in the water. 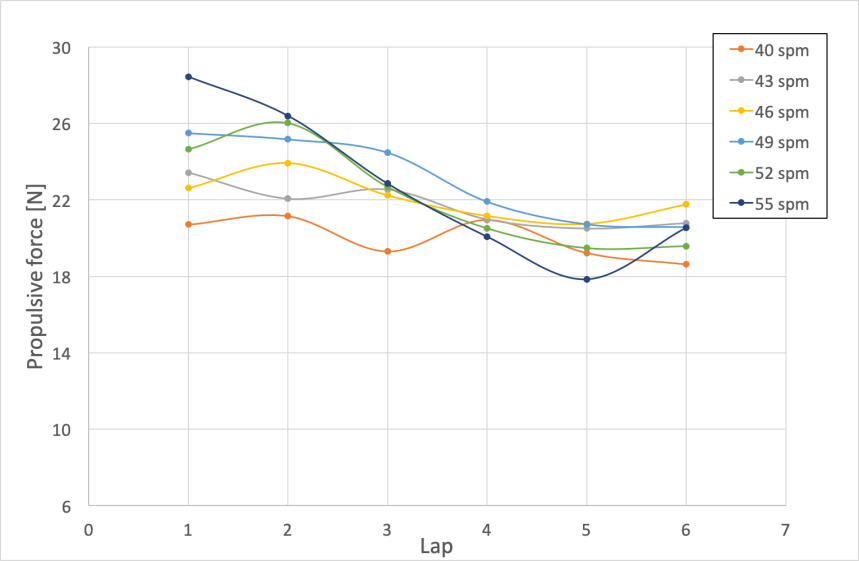 3) Yes and no. Improving strength on land that is relevant to the motions of swimming can lead to improved force development in the water, but of course the proper mechanics need to be used both on land and in the water to see this gain.

4) Yes there was a drop in force development as the stroke rate increased and the swimmer fatigued – seen both in Vasa SwimErg measurements and with the SmartPaddle measurements. This means the drop in force in the water is not only due to an increase in resistance; there is a fatigue component that can be trained and improved on land that can be carried over into swimming. 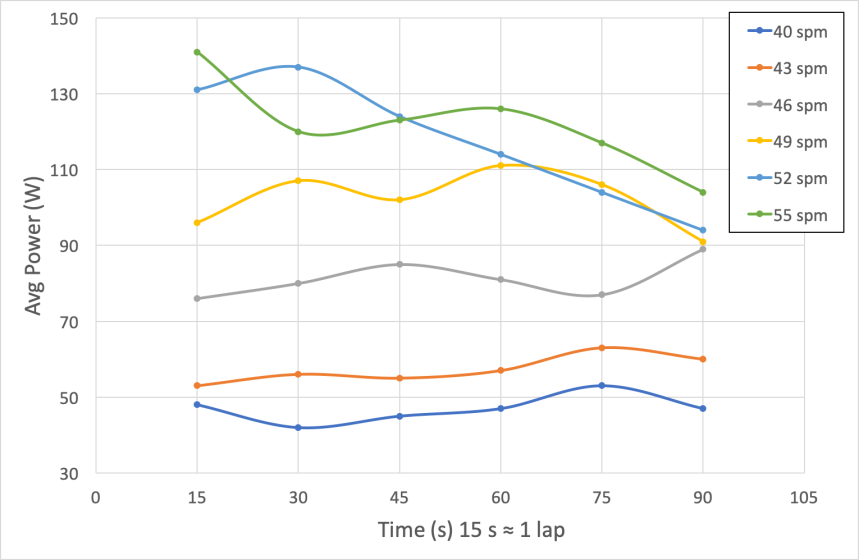 To read the presentation of this study from World Aquatic Development Conference in Lund Sweden, January 2020 click below

Goal: to help swimmers and other athletes to get more out of their training and competing, by working with the individual’s strengths and potential to improve. To offer measurable improvements of swim technique through assessments, and continued evaluation of training and measurements, both in the water and on land. 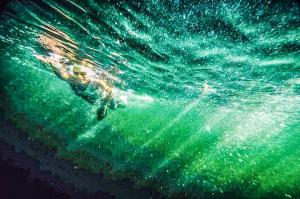 Coach Vitazka wants to help swimmers, triathletes, swimrunners and open water swimmers of all levels of skill and ambitions.

Coach Vitazka offers swim technique analysis with SmartPaddle force measurements in combination with filming, private lessons for individuals of in smaller groups, but also efficient training plans for a season or a full year of training.  Everything is based on the individual’s or the group’s needs and wants so take a look at what Coach Vitazka offers and contact Maria Vitazka for more information, booking or an offer.
coach.vitazka@gmail.com or call +46 (0)725-164499